Comparison Of Kava Vs Kratom 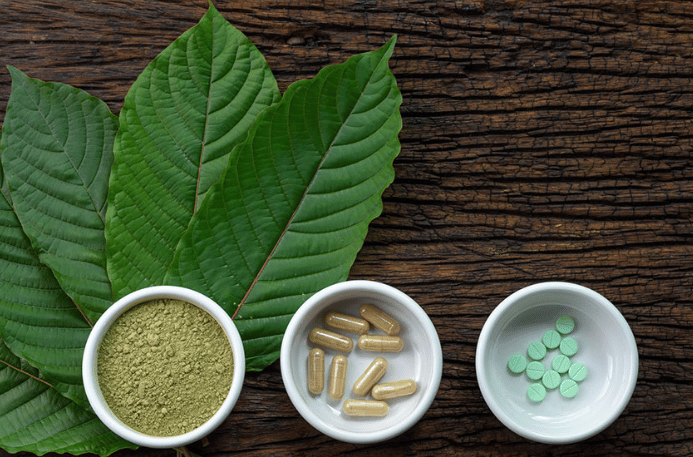 The nationwide movement to lead healthier lifestyles has caused many herbs to gain popularity. Kava and Kratom both offer overall wellbeing, but you may be wondering how these herbal remedies compare. While both originate from the South Pacific, there are some differences that you should be aware of. Let’s take a closer look at Kava vs Kratom.

Kratom has gained a lot of attraction in the legal sector with continued battles of whether or not this herb should be legal. Kratom powder originated from Southeast Asia and comes from the mitragyna speciosa tree. The leaves of the mitragyna speciosa tree contain unique alkaloids known as mitragynine. These alkaloid profiles are what give kratom its characteristics.

The mitragyna speciosa tree is part of the coffee family. There are various types of kratom and they are based on the color of the leaf’s veins. These variants include red, green, yellow, and white. The vein colors change as the leaf progresses and matures within its life cycle.

Not only are their different types of kratom based on vein colors, but there are also different strains. Some come naturally, others have been bred to produce hybrid strains.

Kava is known to be used in cultural ceremonies in Southeast Asia, which is also similar to the origins of kratom. This herb is part of the pepper family, and its botanical name is Piper Mehysticum. Kava is a shrub, and rather than the leaves being utilized like kratom, the roots of the kava plant are made into a paste.

In addition, juice can be extracted from the plant. There are some studies on kava, but there is not enough to support claims of the overall benefits.

Both herbs have gained a lot of popularity and can be found in various stores, as well as through online vendors. Their names are similar and so are their origins. Both are from Southeast Asia and have been used for centuries in Thailand’s society, religious, and celebration ceremonies. Let’s look at more of the similarities that these two herbs share.

Kratom and kava can both be purchased in the form of pills.

Kava and kratom are similar in appearance, which can lead to confusion for some consumers. They are also prepared similarly. It is important to make a distinction between the herbs.

Please note that kratom is not used to treat, cure, or mitigate any disease, illness, ailment, and/or condition. Please see FDA import alert 54-15. We make no representations as to intended use or suitability for use.

Kava bars are one of the newest sensations. To add to the confusion, if you attend one of these bars you will more than likely find kava and kratom nestled right next to each other.

While the herbs look similar, they do not act the same. They offer different wellness values.

Kratom contains a complex make-up of alkaloids, which stimulate the opioid receptors within the brain. While kratom is not classified as an opiate, lobbyists often compare it to one. Currently, there is not a lot of scientific evidence on kratom. However, the main alkaloids include mitragynine and 7-hydroxy mitragynine. Unlike kava, kratom is classified by the vein colors and there are various strains available.

There is a lack of scientific research on the chemistry of kava. However, the main ingredients include kavalactones. It is important to know that the active ingredients will vary according to the variety of kava plants. Kavalactones massively differ from the alkaloids found in kratom leaves.

Both herbs have had their fair share of legal battles. Some parts of the world have banned the use of both of these herbs.

Kratom continues to gain the limelight when it comes to legal issues. Many people are pushing to get the use of kratom ban from the United States. The use of kratom originated in Thailand, as it grows in abundance there. However, it has been banned from Thailand since 1943.

The actual ban of kratom in Thailand came about because the government saw it as a threat to generating tax revenue from opiates. Those who support the use of kratom have continuously fought to decriminalize it and have it removed from the ban list. However, there has not been any change in the status of kratom in Thailand.

Kratom has also been banned in Malaysia, and the penalty there is imprisonment. This herb continues to face legal issues throughout the United States. Some states allow its use, while others have classified it as a schedule 1 drug. Before placing an order for kratom you must know whether or not kratom is legal in your state.

Kava, on the other hand, has been more widely accepted as an herbal remedy. The use of kava has been banned in Germany and Switzerland for many years. Kava has been readily available for the past 20 years in the United States. Hawaii has used kava for many years within its culture. One of the newest attractions is kava bars.

While kava vs kratom both have some similarities, both herbs are very different. If you are ready to learn more about kratom, we offer a wide range of powders and capsules. Let us know if you have any questions.

We are currently experiencing USPS shipping delays due to the Holiday season. Thank you for your patience and understanding. Dismiss